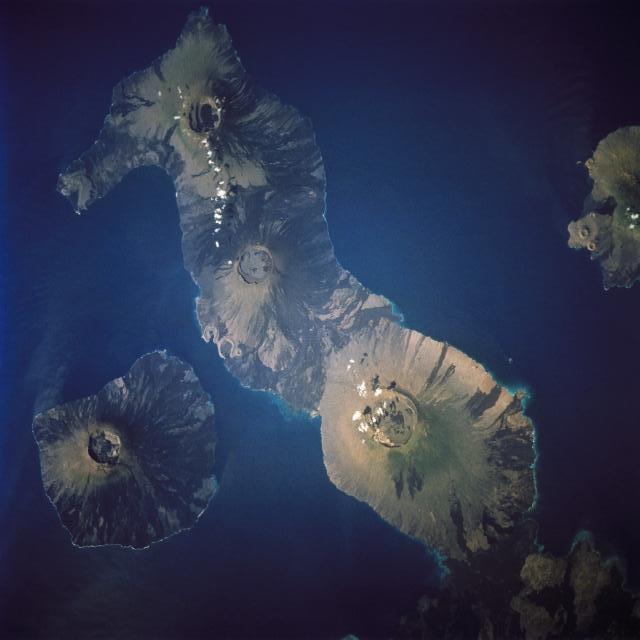 Image courtesy of NASA., under PD

The two westernmost islands of the Galapagos archipelago. The largest of the group, Isabela, stretches across most of the frame. It was created from the merger of six shield volcanoes, several of which are visible in this view.

The northernmost and highest, Volcano Wolf (1,707 m or 5,600 ft), lies directly on the equator. The smaller island of Fernandina displays a single volcanic cone.