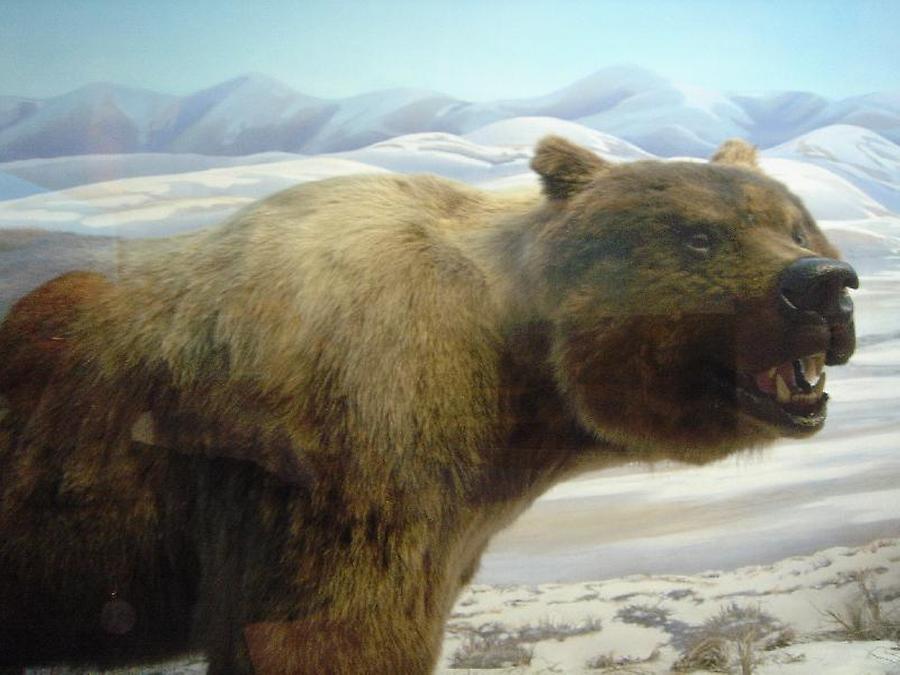 in museum
Photo: H. Maurer, Fall 2005
In North America, there are around 55.000 grizzlies at this point in time (2015). Most live in Alaska, but they are also found in Montana, Washington State, Alberta, British Columbia, the northern part of Canada, and a few also in other places.

Except for females with cubs, grizzlies are normally solitary animals, but in coastal areas, grizzlies gather around streams, lakes, rivers, and ponds during the salmon runs.

Every other year, females produce usually two cubs which are small and weigh only about 500 grams. Female grizzlies are protective of their offspring and will attack if they thinks they or their cubs are threatened.

Grizzly bears hibernate for 5–7 months each year. During this time, female grizzly bears give birth to their offspring, who then consume milk from their mother and gain strength for the remainder of the hibernation period.To prepare for hibernation, grizzlies must prepare a den, and consume much food as they do not eat during hibernation.

Grizzly bears do not defecate or urinate throughout the entire hibernation period. The male grizzly bear's hibernation ends in early to mid March, while females emerge about two months later.