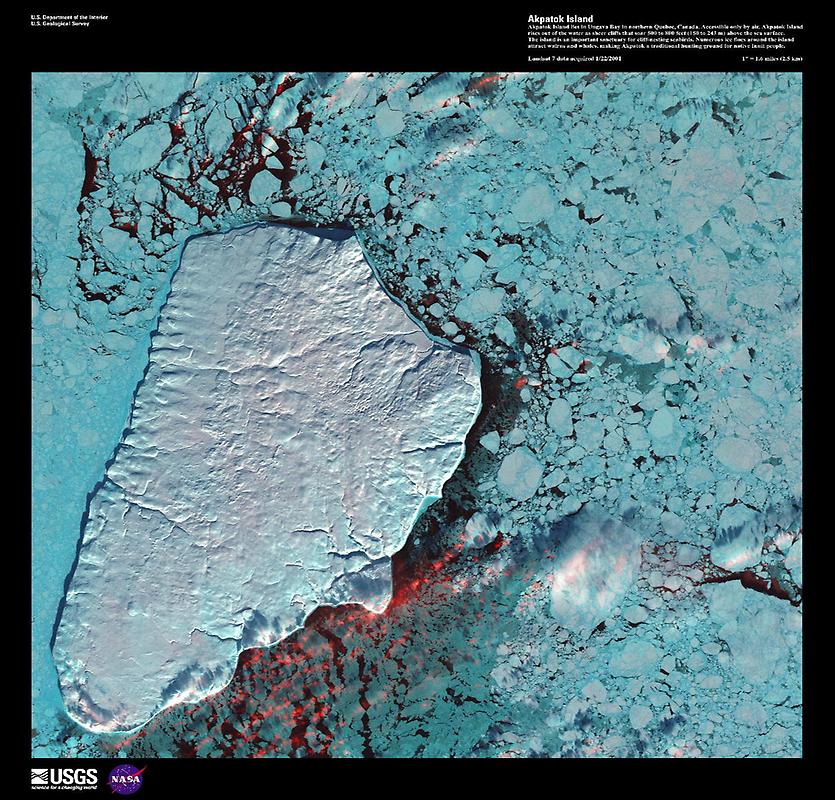 Image courtesy of USGS., under PD
Akpatok Island, the largest island in Ungava Bay in northern Quebec, dominates this enhanced satellite image. Accessible only by air, Akpatok Island rises out of the water, sheer cliffs soar 150 to 245 m (500 to 800 ft) above the sea surface.

The island is uninhabited, except for a Dorset (paleo-Eskimo) settlement that was abandoned by 1900 and a defunct exploratory oil drill, built in 1971. The island is an important sanctuary for cliff-nesting seabirds including its namesake the Akpat or the Thick-billed Murre, which nests in the pock-marked cliffs on the northern and southern ends of the island.