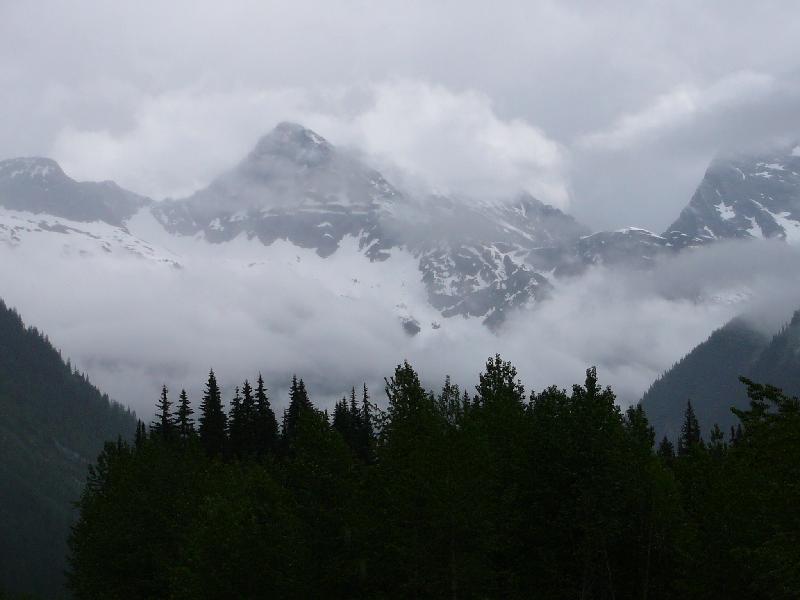 Rogers Pass Rogers Pass, Canada Rogers Pass (at 1,330 m) is a mountain pass through the Selkirk Mountains of British Columbia used by the Canadian Pacific Railway and the Trans-Canada Highway.

The pass is a shortcut across the "Big Bend" of the Columbia River from Revelstoke on the west to Donald, near Golden, on the east. The pass was discovered on May 29, 1881, by Major Albert Bowman Rogers, a surveyor working for the Canadian Pacific Railway.

Rogers Pass is known for its huge winter snowfall of about 10 m per year. Because of this and steep mountains, avalanches are common in winter. Avalanches are released by explosions or artillery under controlled circumstances so traffic is not caught in unexpected avalanches.

Rogers Pass is in the heart of Glacier National Park, the area popular for ski mountaineering, camping, hiking and mountain climbing since the region became accessible in 1886.