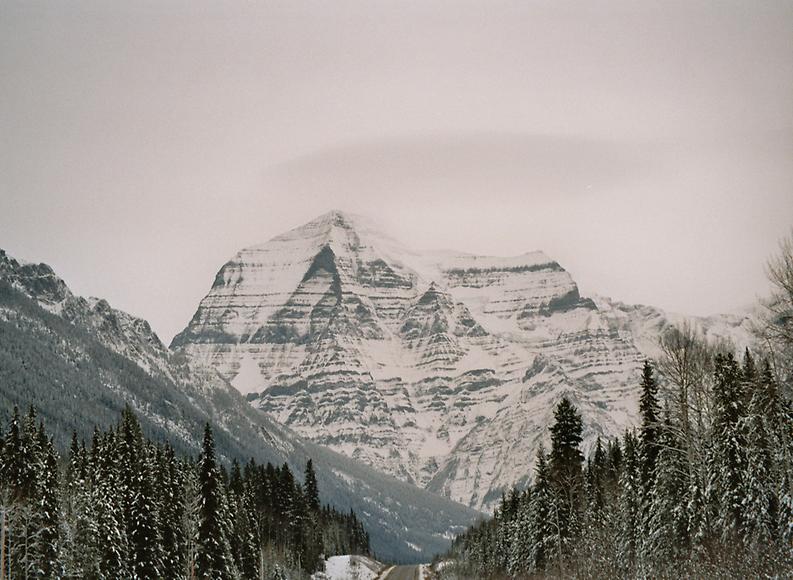 Photo: H. Maurer, Dec. 2004
Mount Robson is only a short distance from the town site of Jasper (still in Alberta), but the mountain is already in British Columbia Mount Robson, British Columbia, Japser, Alberta . It is 3.940 m high, making it the second highest in British Columbia. However, Canada has much higher mountains further north in the Yukon, with Mount Logan at 5959 m the highest.

However, since the impressive South face of Mt. Robson (shown in the picture) can be seen from the Yellowhead highway it is certainly one of the most photographed mountains in Canada.

Despite the appearance, the easiest route to the peak is the south face, but it is by no means easy and only possible for experienced climbers. The photographer of this picture tried to get to the peak many years ago. When bad weather set in he and his friend had to spend two days in a bivouac on the glacier, and of course had to abandon the ascent.

Mount Robson was climbed the first time in 1913. Even today, many attempts to climb the peak are foiled by bad weather or other conditions, like poor ice on glacier. Only about 10% suceed.