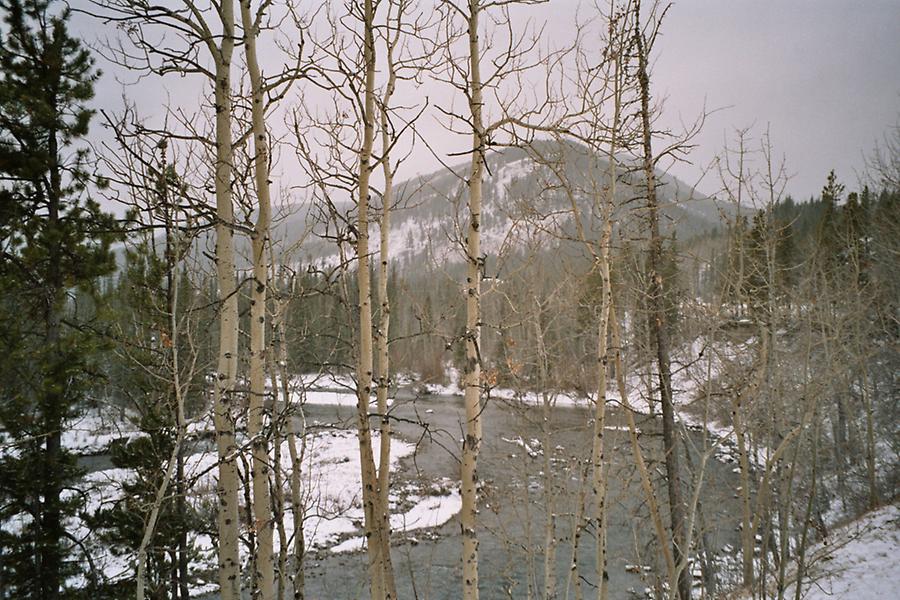 The community was established between a forestry reserve, the Sarcee Indian reserve, and a Provincial Park. . Ranching was the original occupation in Bragg Creek. it has now become a modest tourist attraction due to the neighboring Elbow falls (see next picture) and the Bragg Creek ice caves, the latter only for serious hikers (some 6-8 hours round trip).