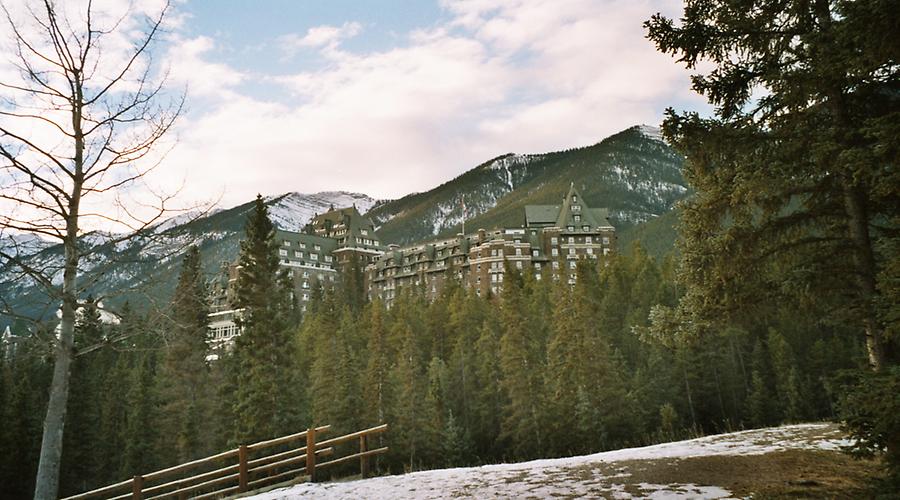 Photo: H. Maurer, Dec. 2004
Banff was first settled in the 1880s, after the transcontinental railway "Canadian Pacific" was built through the Bow Valley. In 1883, three Canadian Pacific Railway workers stumbled upon a series of natural hot springs on the side of Sulphur Mountain. In 1885, Canada established a federal reserve of 26 km2 around the Cave and Basin hot springs, and began promoting the area as an international resort and spa as a way to support the new railway.

This was the beginning of Canada's National Park system.

The area was named Banff in 1884 by George Stephen, president of the Canadian Pacific Railway, recalling his birthplace in Banff, Scotland. The Canadian Pacific built a series of grand hotels along the rail line and advertised the Banff Springs Hotel as an international tourist resort.