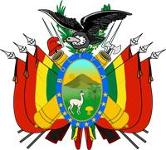 Bolivia, named after independence fighter Simon BOLIVAR, broke away from Spanish rule in 1825; much of its subsequent history has consisted of a series of nearly 200 coups and countercoups. Democratic civilian rule was established in 1982, but leaders have faced difficult problems of deep-seated poverty, social unrest, and illegal drug production. In December 2005, Bolivians elected Movement Toward Socialism leader Evo MORALES president - by the widest margin of any leader since the restoration of civilian rule in 1982 - after he ran on a promise to change the country's traditional political class and empower the nation's poor, indigenous majority. However, since taking office, his controversial strategies have exacerbated racial and economic tensions between the Amerindian populations of the Andean west and the non-indigenous communities of the eastern lowlands. In December 2009, President MORALES easily won reelection, and his party took control of the legislative branch of the government, which will allow him to continue his process of change. In October 2011, the country held its first judicial elections to appoint judges to the four highest courts.