The capital and largest city is Harare. The British South Africa Company of Cecil Rhodes first demarcated the present territory during the 1890s; it became the self-governing British colony of Southern Rhodesia in 1923. In 1965, the conservative white minority government unilaterally declared independence as Rhodesia. The state endured international isolation and a 15-year guerrilla war with black nationalist forces; this culminated in a peace agreement that established universal enfranchisement and de jure sovereignty in April 1980.

The country then rejoined the Commonwealth of Nations (later suspended in 2003), and became a member of the United Nations and the Southern African Development Community (SADC).

Mile-wide Victoria Falls is a breathtaking backdrop for two ultralights in flight. 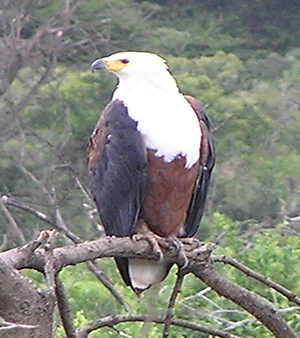