Uganda is the world's second most populous landlocked country after Ethiopia.

Beginning in 1894, the area was ruled as a protectorate by the British, who established administrative law across the territory.

Tutsi men celebrate their heritage with a joyous ritual dance. 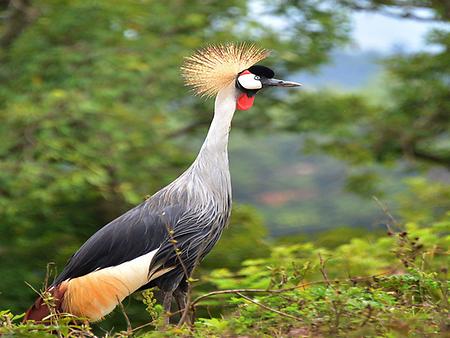