On the way to Stellenbosch# 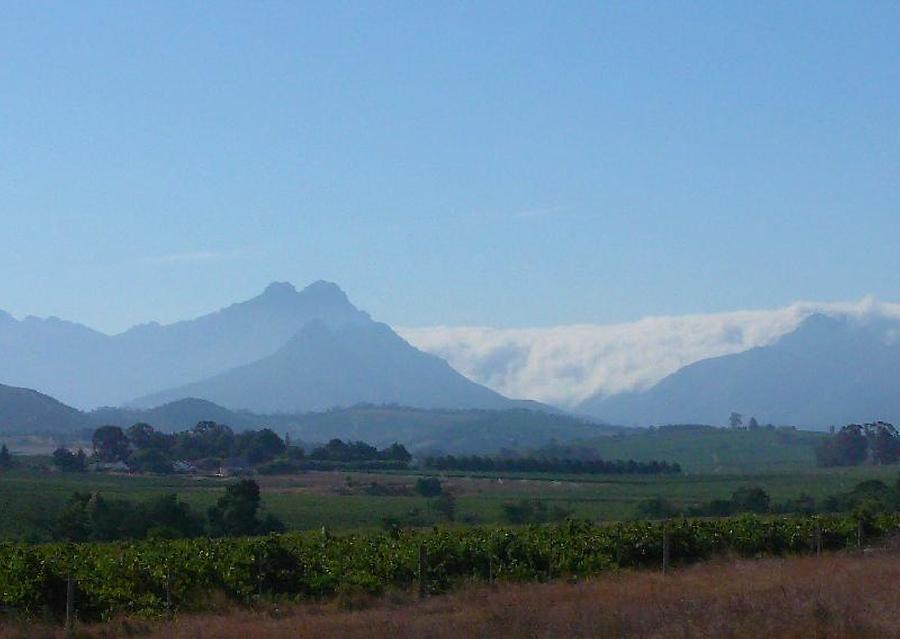 Stellenbosch Stellenbosch, Westkap, Südafrika is the second oldest city in South Africa and is, with a distance of about 50km, relatively near Cape Town . The site of the city was chosen by the Governor of Cape Town Simon van Stel in 1679, because it is a fertile valley and he perceived it as quite impressive.

Stellenbosch is surrounded by vineyards and high mountains flanking the valley, which are often (as can be seen in the picture) a barrier for clouds. There are many building worth seeing, like two churches, and a university, which is sometimes called "Harvard of South Africa", because of its leadership in certain areas in Africa.

An Austrian mathematician, Helmut Prodinger, receiver of several awards, is professor at this institution.