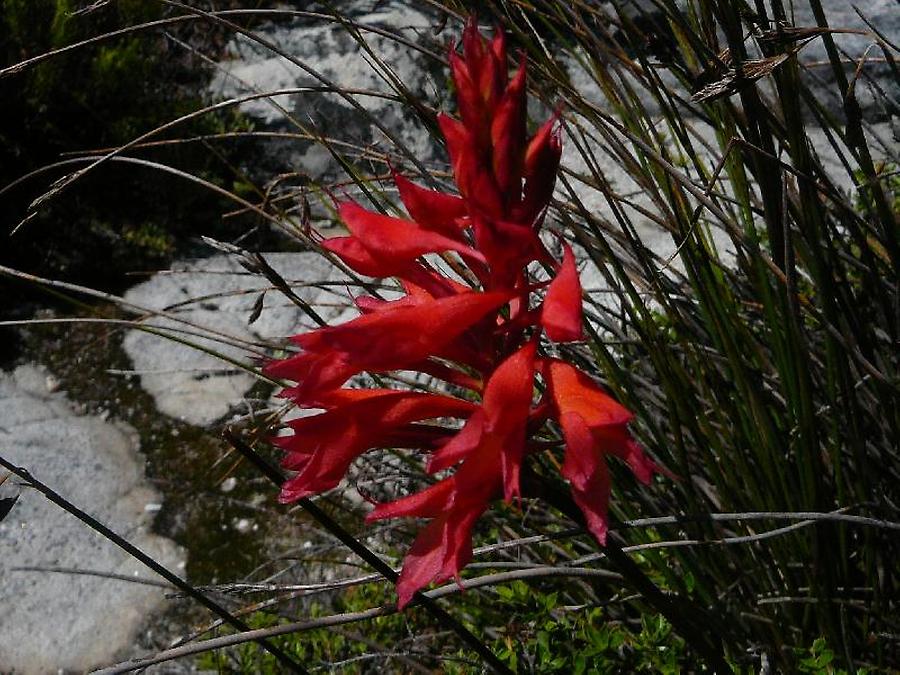 A genus of plants native to South Africa, Lesotho and Swaziland is the Watsonia of the iris family, subfamily Crocoideae, containing 56 accepted species in South Africa alone.

Named after an 18th-century British botanist the perennial herb grows from corms and produces erect spikes of showy flowers. Most Watsonia are adapted to a Mediterranean-type climate, yet some adapted to continental climates found along the eastern and inland areas of the country, and are fynbos plants. Their habitats range from mountains, where many species are found, to sandy flats and marshy areas.