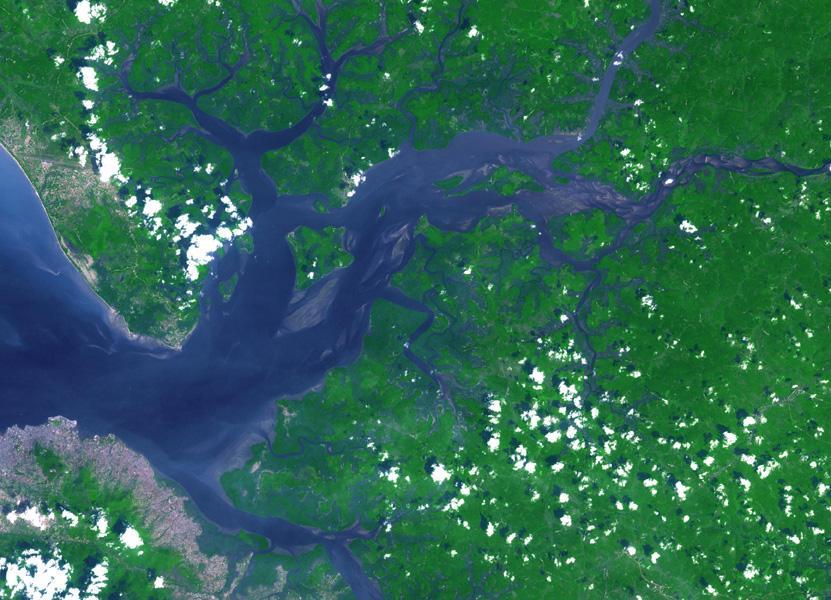 Photo courtesy of NASA., under PD
The Sierra Leone estuary became a focal point for trade and interaction between Africans and Europeans because of its exceptional harbor, starting in the mid-15th century. European ships were unable to land along much of the West African coast due to lack of safe anchorage.

By contrast, the Sierra Leone estuary offers ideal anchorage for trading ships (the estuary is the largest natural harbor on the continent). Around 1672, the English established and fortified themselves at Bunce Island. By the mid-18th century, Sierra Leone had become a major trading participant with Europe and the Americas.

Part of Sierra Leones capital of Freetown appears as the greyish area in the lower left corner. This satellite image covers an area of 32 x 45 km (20 x 28 mi).