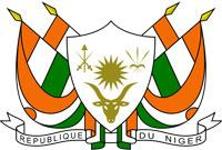 Niger became independent from France in 1960 and experienced single-party and military rule until 1991, when Gen. Ali SAIBOU was forced by public pressure to allow multiparty elections, which resulted in a democratic government in 1993. Political infighting brought the government to a standstill and in 1996 led to a coup by Col. Ibrahim BARE. In 1999, BARE was killed in a counter coup by military officers who restored democratic rule and held elections that brought Mamadou TANDJA to power in December of that year. TANDJA was reelected in 2004 and in 2009 spearheaded a constitutional amendment that would allow him to extend his term as president. In February 2010, a military coup deposed TANDJA, immediately suspended the constitution, and dissolved the Cabinet. ISSOUFOU Mahamadou emerged victorious from a crowded field in the election following the coup and was inaugurated in April 2011. Niger is one of the poorest countries in the world with minimal government services and insufficient funds to develop its resource base. The largely agrarian and subsistence-based economy is frequently disrupted by extended droughts common to the Sahel region of Africa. The Nigerien Movement for Justice, a predominately Tuareg ethnic group, emerged in February 2007, and attacked several military targets in Niger's northern region throughout 2007 and 2008. Successful government offensives in 2009 limited the rebels' operational capabilities. Niger is facing increased security concerns on its borders from various external threats including insecurity in Libya and spillover from the rebellion in Mali.