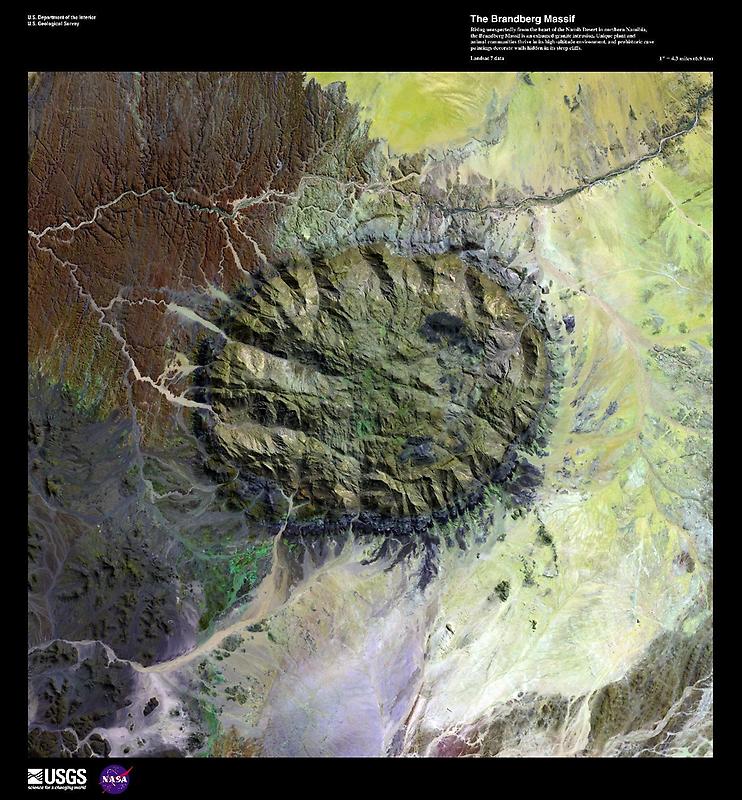 Image courtesy of USGS., under PD
Rising unexpectedly from the heart of the Namib Desert, the Brandberg Massif Brandbergmassiv, Erongo, Namibia , shown in this enhanced satellite image, is an exhumed granitic intrusion.

As one of the highest mountains in Namibia at 2,573 m (8,439 ft), it formed when ancient magma chambers cooled and began to erode. Brandberg means fire mountain in Africaans, Dutch, and German.