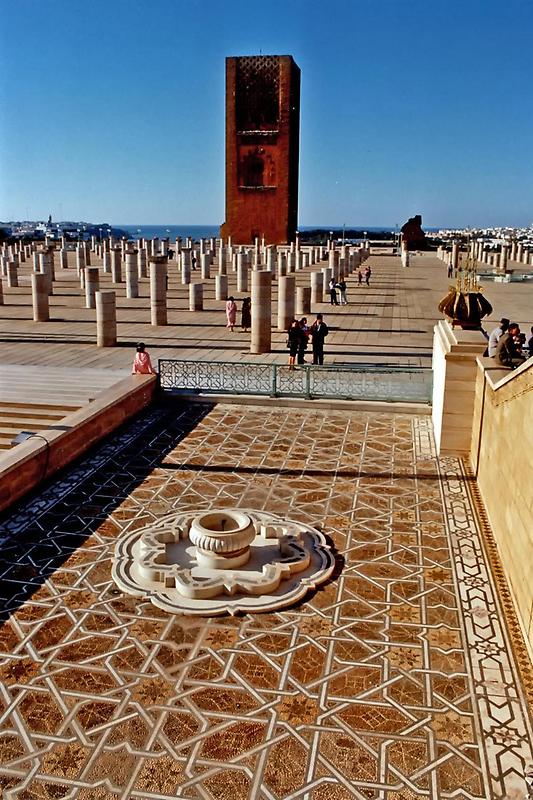 Licensed under PD
The Hassan Tower and the remains of a mosque that lie adjacent to the Mausoleum of Mohammed V in Rabat. The tower (44 m, 145 ft) is an incomplete minaret that was meant to be the the tallest in the world and to flank the worlds largest mosque.

Begun in 1195, construction was halted four years later when the sultan who commissioned the project died.