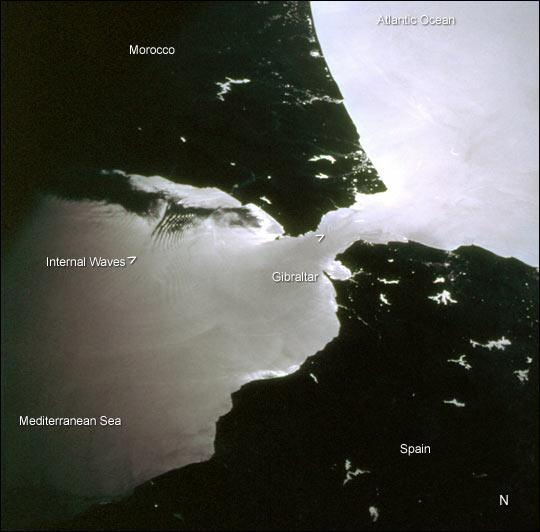 Image credit: NASA., under PD
This space shuttle photo was taken near sunset. Two packets of tidally-generated internal waves are highlighted by sunglint off the surface waters in the Strait of Gibraltar.

The older packet (labeled) contains at least 14 waves, which can be counted like tree rings. A younger group is forming near the middle of the strait (marked by the carat south of Gibraltar).

The waves are generated as a diurnal tidal pulse flows over the shallow Camarinal Sill at Gibraltar. The waves flow eastward and refract around coastal features; they can be traced for as much as 150 km.