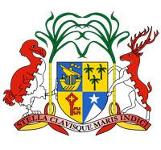 Although known to Arab and Malay sailors as early as the 10th century, Mauritius was first explored by the Portuguese in the 16th century and subsequently settled by the Dutch - who named it in honor of Prince Maurits van NASSAU - in the 17th century. The French assumed control in 1715, developing the island into an important naval base overseeing Indian Ocean trade, and establishing a plantation economy of sugar cane. The British captured the island in 1810, during the Napoleonic Wars. Mauritius remained a strategically important British naval base, and later an air station, playing an important role during World War II for anti-submarine and convoy operations, as well as the collection of signals intelligence. Independence from the UK was attained in 1968. A stable democracy with regular free elections and a positive human rights record, the country has attracted considerable foreign investment and has earned one of Africa's highest per capita incomes.