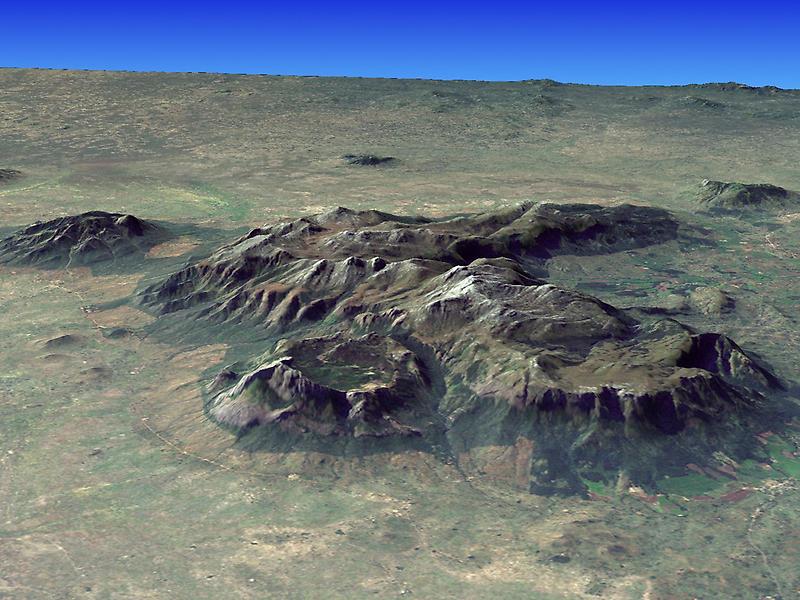 Image courtesy of NASA., under PD
Mount Mulanje is a granite inselberg (isolated hill or mountain) in southern Malawi, Africa. At 3,000 m (9,824 ft) high, it is one of the largest inselbergs in the world as well as the tallest peak in south-central Africa.

Inselbergs are stands of hard igneous rock that remain standing isolated on level plains, formed because their rock mass resisted erosion while the plains around them did not. The elevation of the mountain is high enough for it disturb upper level air flow and induce rain clouds to form around it, making it an important source of rain water at the head of almost every river that runs through this part of Malawi.

The image is a visualization created by merging Landsat satellite imagery with radar elevation data from a space shuttle mission. This true-color image contains no vertical exaggeration.