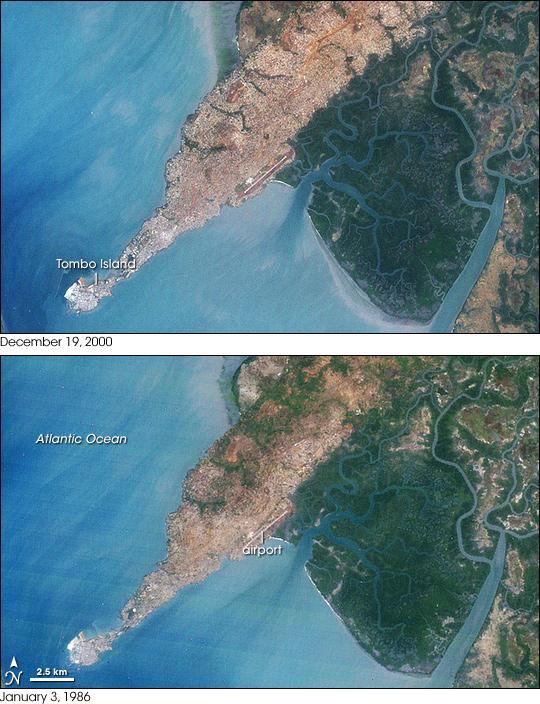 Photo courtesy of NASA., under PD
Africas coastal country of Guinea is nicknamed the "water tower of Africa," thanks to the more than 20 rivers originating inside its borders, as well as its relatively high precipitation.

In these true-color satellite images, water ranges in color from deep to pale blue, vegetation appears dark green, and bare ground and urbanized areas range in color from gray to beige to reddish-brown.