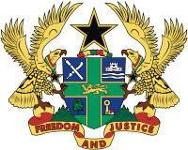 Formed from the merger of the British colony of the Gold Coast and the Togoland trust territory, Ghana in 1957 became the first sub-Saharan country in colonial Africa to gain its independence. Ghana endured a long series of coups before Lt. Jerry RAWLINGS took power in 1981 and banned political parties. After approving a new constitution and restoring multiparty politics in 1992, RAWLINGS won presidential elections in 1992 and 1996 but was constitutionally prevented from running for a third term in 2000. John KUFUOR succeeded him and was reelected in 2004. John Atta MILLS won the 2008 presidential election and took over as head of state, but he died in July 2012 and was constitutionally succeeded by his vice president John Dramani MAHAMA, who subsequently won the December 2012 presidential election.