Most people in the territory adhere to Christianity or Islam.

Its name Eritrea is based on the Greek name for the Red Sea (Ἐρυθρὰ Θάλασσα Erythra Thalassa), which was first adopted for Italian Eritrea in 1890.

In 1947 Eritrea became part of a federation with Ethiopia, the Federation of Ethiopia and Eritrea.

Subsequent annexation into Ethiopia led to the Eritrean War of Independence, ending with Eritrean independence following a referendum in April 1993.

Hostilities between Eritrea and Ethiopia persisted, leading to the Eritrean–Ethiopian War of 1998–2000 and further skirmishes with both Djibouti and Ethiopia.

A village elder, wearing a traditional 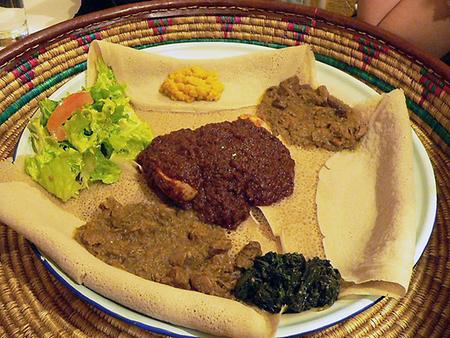