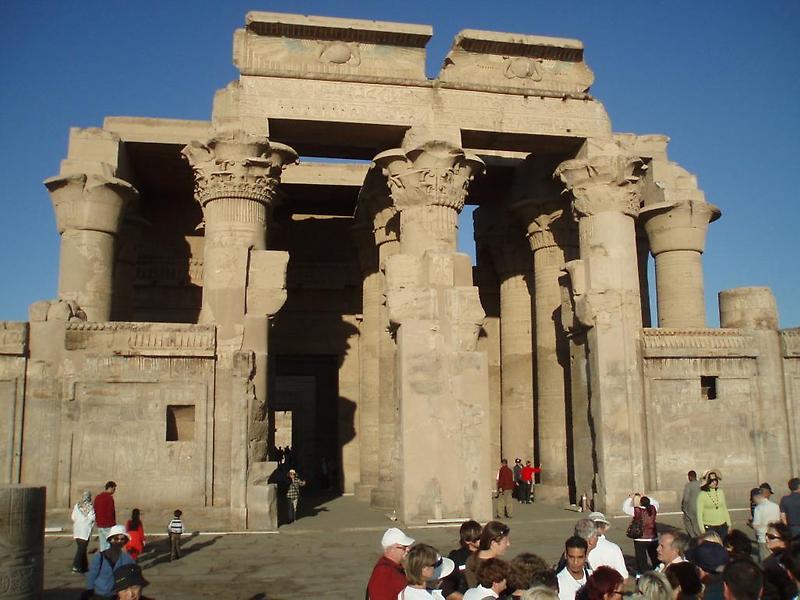 Licensed under PD
Hypostyle Hall at the Temple of Haroeris and Sobek at Kom Ombo. It was built between the 2nd century B.C. and the 1st century A.D.

It is an unusual temple dedicated to two gods - to Haroeris as a manifestation of Horus represented as a falcon or a falcon-headed man and to Sobek depicted as a crocodile or as a crocodile-headed man.