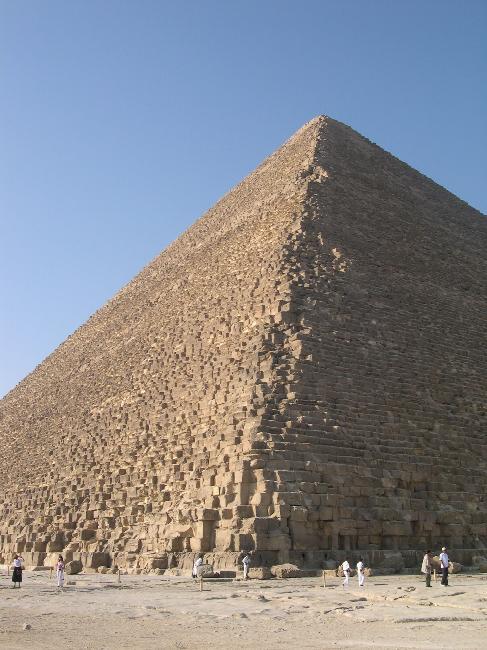 The Great Pyramid of Giza Giza Pyramid Complex, Al Haram, Al-Dschiza, Ägypten , built for the Pharaoh Khufu, is the only one of the Seven Wonders of the Ancient World that survives. Constructed of an estimated 23 million limestone blocks, it took some 20 years to build and it was completed in about 2540 B.C.

Some of the white casing stones that covered the completed pyramid can still be seen at its base. Thousands of skilled laborers participated in the pyramids construction; they lived and died near the building site.