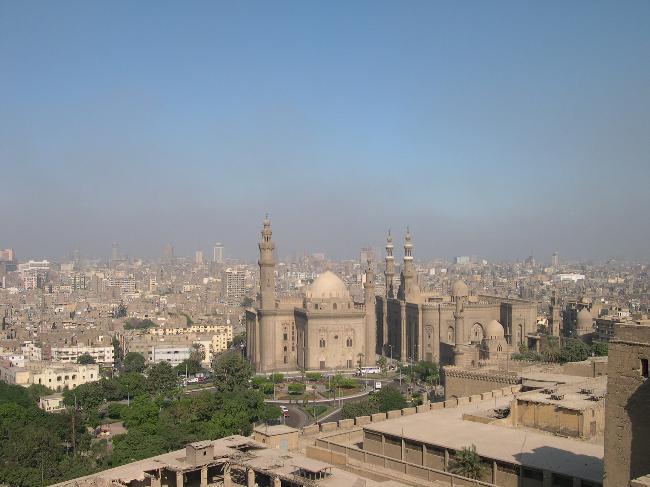 The Sultan Hassan and Ar-Rifai Mosques Sultan-Hasan-Moschee, Ägypten as seen from the Citadel with Cairo in the background. The Sultan Hassan Mosque and Madrasah (religious school) is a masterpiece of Mamluk architecture that was begun in 1356 and completed in 1363. It contains the burial chamber of the Sultans two sons and is featured on the Egyptian hundred-pound note.

The Ar-Rifai Mosque was built between 1869 and 1912. It houses the tomb of King Farouk, Egypts last reigning monarch, and other members of the Egyptian royal family, as well as the tomb of the last shah of Iran.