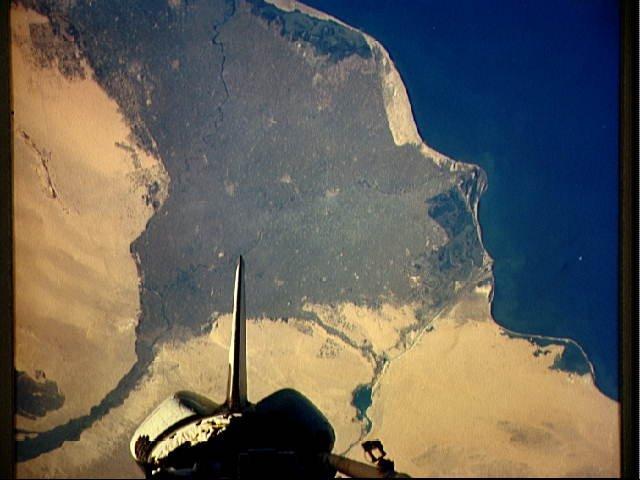 Image courtesy of NASA., under PD
The Nile Delta of Egypt, irrigated by the Nile River and its many distributaries, is some of the richest farm land in the world and home to over half of Egypts population. The capital city of Cairo lies at the apex of the delta in the lower left.

To the west of the river and near the delta apex one can see the three large pyramids and sphinx at Giza. The Suez Canal is just to the right of the delta; the rear of the space shuttle appears in the lower portion of the view.