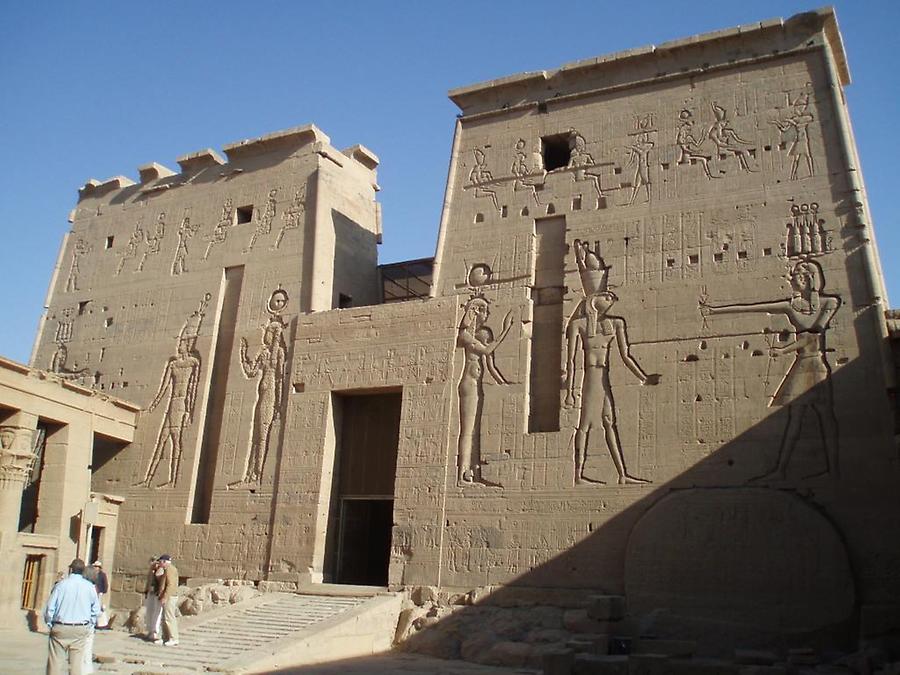 Licensed under PD
The second pylon of the Temple of Isis on the island of Philae in the Nile near Aswan. This is the entrance to the temple. The original Philae Island was flooded by the waters of Lake Nasser behind the Aswan High Dam.

The island of Agilqiyya was reconfigured to have similar topography to the old island of Philae and is sometime referred to as the New Philae Island. The Temple of Isis was moved to the island to escape the rising waters of the lake.