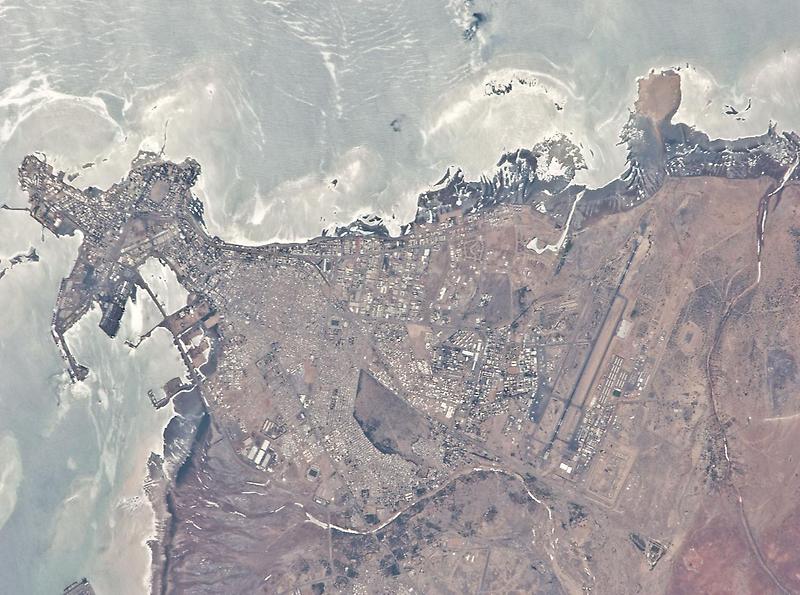 Image Courtesy of NASA, under PD
Djibouti City Djibouti City, Dschibuti is the capital and largest city in Djibouti. Two thirds of the countrys population lives in this seaport, which is situated on the Gulf of Tadjoura on the western side of the Gulf of Aden.

The city is the cultural and industrial center of Djibouti and has the status of both a city and a state. Local features include beautiful sandy beaches along its eastern shore (top).

The landscape around the city, along with Djiboutis coastal lowlands, is desert or semi-desert.