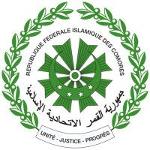 Comoros has endured more than 20 coups or attempted coups since gaining independence from France in 1975. In 1997, the islands of Anjouan and Moheli declared independence from Comoros. In 1999, military chief Col. AZALI seized power of the entire government in a bloodless coup, and helped negotiate the 2000 Fomboni Accords power-sharing agreement in which the federal presidency rotates among the three islands, and each island maintains its local government. AZALI won the 2002 federal presidential election, and each island in the archipelago elected its president. AZALI stepped down in 2006 and President SAMBI was elected to office. In 2007, Mohamed BACAR effected Anjouan's de-facto secession from the Union of Comoros, refusing to step down when Comoros' other islands held legitimate elections in July. The African Union (AU) initially attempted to resolve the political crisis by applying sanctions and a naval blockade to Anjouan, but in March 2008 the AU and Comoran soldiers seized the island. The island's inhabitants generally welcomed the move. In May 2011, Ikililou DHOININE won the presidency in peaceful elections widely deemed to be free and fair.