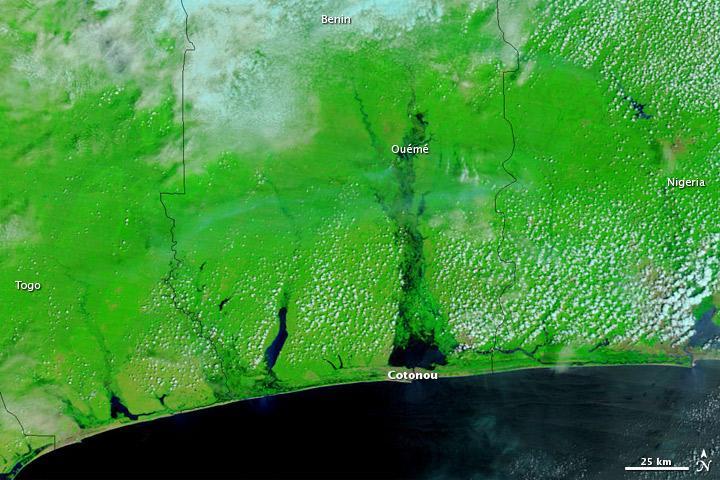 Photo Courtesy of NASA, under PD

Heavy rains flooded parts of West and Central Africa in the rainy season of 2010, and among the hardest-hit countries was Benin. The image, which shows the coast of Benin cotonou, benin on 22 October 2010, uses a combination of infrared and visible light to increase the contrast between water and land.