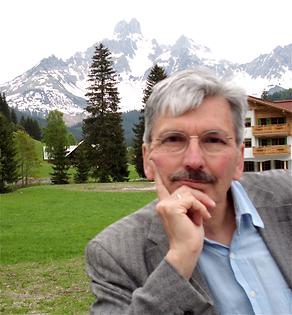 Hans-Georg Stork graduated in Mathematics and holds a PhD in Theoretical Computer Science.

Hans-Georg Stork graduated in Mathematics and holds a PhD in Theoretical Computer Science.

After 18 years in various academic (TU Darmstadt, Univ. Stuttgart, Univ. Karlsruhe) and industry posts (AEG-Telefunken, SESA Deutschland, SESA France) he joined the European Commission's Joint Research Centre in Ispra (Italy) where he was in charge of the informatics infrastructure of the Remote Sensing Applications Institute. In 1992, he moved on to Directorate General XIII (now DG CNECT - or: CONNECT), where he worked for the European Libraries Programme until 1998 (see http://cordis.europa.eu/libraries/en/fribourg.html).

From 1999 to 2002 he helped shape the Semantic Web Technologies action line of the European IST programme under FP5 (5th Framework Programme) and managed a portfolio of projects]).

Following a stint with the Technology-enhanced Learning sector of the IST programme (under FP6) he became involved in designing and managing a mid- to long-term funding agenda, aimed at fostering interdisciplinary Cognitive Systems and Robotics research in Europe (see http://www.sciencedirect.com/science/article/pii/S2212683X12000072).

He retired in February 2012. More Info on Linked In