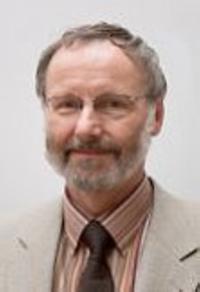 From 1970 till 1973 he had a postgraduate study at the Yerevan State University (with Prof. R. R. Varshamov).

From 1973 till 1982 he was staff member at the mathematical department of the Friedrich-Schiller-Universität Jena.

From 1982 till 1989 he was a scientific researcher at the Academy of Sciences in Berlin (East): at the Cental Institute of Cybernetics and Information Processes and at the Karl-Weierstraß-Institute of Mathematics.

In 1989 he was Associate Professor for Algebra at the Technical University Otto-von-Guericke Magdeburg.

Since April 1, 1995 he is full professor for Theoretical Computer Science at the Martin-Luther-Universität Halle-Wittenberg.

From September 2000 till August 2006 he was the head of the Department for Mathematics and Computer Scinece.