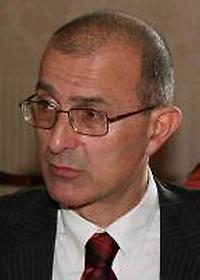 Professor Milutinovic is Professor at the University of Belgrade.

Professor Milutinovic is a Fellow of the IEEE, 2003.

Professor Milutinovic is known as the co-architect/co-designer of the World's first 200MHz microprocessor, for DARPA, back in 80s, a decade before Intel. In 90s he was responsible for the silicon-compiler based design of a clone of Intel i860 (the first 64-bit microprocessor), done for a Japanese customer, for the I/O pump of Encore/Compaq (which was advertized as the fastest on the Planet), and for the studies leading to the e-business oriented multiprocessor workstation of NCR.

More recently he is active in infrastructure for e-business on the Internet, and was responsible for a number of prototype designs leading to successful market products, including but not limited to: Genetic search based on the principles of spatial/temporal/semantic mutation, Customer satisfaction based accelerators for e-commerce, semantic web based gallery for 3D presentation of 2D objects, data mining based inverse engineering of a G-Force graphics card, and Socratenon system for e-education on the Internet. All these projects are precisely described in the open literature, in about 50 IEEE journal papers, plus in about 50 papers in other journals or book chapters, and in numerous conference publications. These papers are widely referenced in the open literature, and in the SCI (over 300).

Professor Milutinovic has been consulting for a number of high-tech companies like Intel, IBM, GE, AT+T, NCR, Honeywell, Fairchild, RCA, Unisys, etc. He was on the 5-person SAB (Scientific Advisory Board) of CreativeTechnologies in Boston, Massachusetts (2 out of 5 are Nobel Laureates, Jerry Friedman of MIT, and Bob Richardson of Cornell), on the 5-person SAB of BioPop in Charlotte, North Carolina (whcih is one of the fastest growing companies in Q3 of 2001), and on the SAB of BCW in San Jose, California (a consulting company in e-business).

Professor Milutinovic presented over 300 invited talks at all major universities in the World (MIT, Berkeley, Stanford, ...), in both computer engineering and business administration (Dartmouth, ...), on all 5 continents.

Professor Milutinovic was born on May 4, 1951, and all his formal education, including the Ph.D. (1982) are from the University of Belgrade, Serbia. From 1982 till 1990 he was on the faculty of Purdue University (number 5 in computer engineering, in the USA). Starting with 1990 he is on the faculty of the University of Belgrade, where he teaches courses in infrastructure for e-business on the Internet, Data Mining and Semantic Web, microprocessing, and VLSI. His courses combine the expertise in system, software, and business administration.

He holds a silver and a bronze medal from the National Championship of Montengro in sailing (class 470) and has taken part in the national amateur competitions of Serbia in long distance horsebackriding and rollerblading.