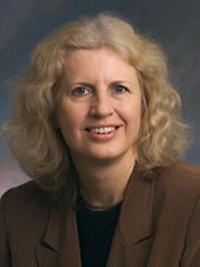 She served as the Department Head of the Purdue’s Computer Science department from 2002 to 2007. From 2010 to 2013, she served as the Director of the Computing and Communication Foundations (CCF) Division in the CISE Directorate at the National Science Foundation (NSF). While at NSF, she successfully led the development of several new crosscutting programs including Cyber-Enabled Sustainability Science and Engineering (CyberSEES) and eXploiting Parallelism and Scalability (XPS), and a US-Israel Funding Collaboration in Computer Science.

She currently is Purdue’s lead in a project to establish an evidence-based professional development program to improve teachers' knowledge to teach computer science (PD4CS). Her research has been supported by NSF, Air Force, ONR, DARPA, Microsoft, and State Farm.

Hambrusch currently serves on the board of directors of the Computing Research Association (CRA) and from 2014-16 she is CRA’s vice chair. She is a co-chair for CRA-E, CRA’s Committee on Education and a board member of CRA-W, CRA’s Committee on the Status of Women in Computing Research. She currently is a co-chair for Communications of the ACM (CACM)'s Viewpoints section. In the past, she served on the editorial boards of Information Processing Letters and Parallel Computing.