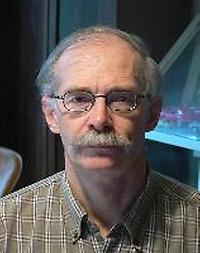 Jan Bergstra is Professor at the University of Amsterdam.

Jan (Johannes) Aldert Bergstra was born in 1951 in Rotterdam as the first and only child of Tjeerd Bergstra and Johanna Bisschop. He completed the gymnasium in 1969 at the Montessori Lyceum Rotterdam and then went to study mathematics in Utrecht. After completing an MSc he wrote a PhD thesis on computability theory for higher type functionals under the supervision of Dirk van Dalen which was defended in January 1976.

In September 1976 he joined the Institute of Applied Mathematics and Computer Science of the University of Leiden, where he worked in the group of Alexander Ollongren and was involved in the startup of the then new computer science curriculum.

In September 1982 he went to the Centre of Mathematics and Computer Science in Amsterdam (CWI, then called the Mathematical Centre or simply MC) to start a project on formal methods in computing in the group of Jaco de Bakker. This led to many cooperations mainly in the setting of the European ESPRIT program. Worth mentioning are the projects FAST and METEOR which funded the first years of the development of the process algebra ACP, as well as the process specification formalism PSF, and the telecommunications project SPECS which led to the specification language muCRL (which is still used for research purposes at CWI, the Vrije Universiteit Amsterdam and the Technical University of Eindhoven).

In 1985 he was appointed a professor of programming and software engineering at the University of Amsterdam and at the same time (for 1 day a week) a professor of applied logic at Utrecht University department of philosophy. (These split positions are not uncommon in the Netherlands.) The chair in Amsterdam he is still holding, the chair in Utrecht he held till December 2007. After leaving the CWI he became an advisor of the CWI which persisted until the beginning of 2004. The most important outcome of this connection has been the design of the specification language ASF, in 1984, and the related ToolBus coordination language and system in 1995, in cooperation with Paul Klint and Jan Heering. Both are still in daily use for research purposes, while ASF has been extensively used in the Dutch banking industry. Since 1997 he is a honorary visiting professor at the University of Swansea.

In 1989 he worked for a year at Philips Research in Eindhoven as a project leader for a formal methods project and he was a consultant for Philips Research subsequently till the end of 2002. In these roles he has been involved in many industrial projects, with applications on the production of consumer electronics and medical equipment of various forms.

In 1989 he initiated the curriculum of cognitive artificial intelligence (CKI) at Utrecht University. After this proved to be successful he was involved in starting up a similar curriculum at the University of Amsterdam in 1991. Currently both curricula are still fully operational. In 2001 he became the director of the Educational Institute of Information Sciences at the University of Amsterdam, which teaches some 800 students. In 2009 this was turned into the so-called master School of informatics, while grouping the faculty's BSc programs into a Collge of Science managed by someone else. Between 2003 and 2005 he has initiated three new MSc Programs at the University of Amsterdam: Software Engineering, System and Network Administration, and Logic (which existed before as a very successful one year curriculum only with a less formal status). Since early 2008 he is also responsible for several MSc programs in science outside informatics including Forensic Science.

As an academic teacher Jan Bergstra has taught courses on data structures and complexity, data types, specification languages and methods, computer security, programming in Java (at various levels) and software engineering. Jan Bergstra has been (co)supervising the work of some 43 PhD students.

He has been increasingly active as an editor. Three Elsevier Handbooks respectively on 'Process Algebra', 'History of Information Security', and 'Network and System Administration' were produced. Currently he is a managing editor of 'Science of Computer Programming', and 'Journal of Logic and Algebraic Programming' and he participates in the editorial board of eight other journals.

In 1986 he designed `Module Algebra' together with Paul Klint and Jan Heering. Many variations on that theme have appeared since then. In 1998 he started a project on 'program algebra' together with Marijke Loots, equipped with a tailored process theory which is now referred to as 'thread algebra'. This form of theory has been actively pursued with Kees Middelburg under the label 'instruction sequences'. Since 2004 he works on data type theory for number systems mainly in cooperation with John Tucker (Swansea), and on the concept of promises in cooperation with Mark Burgess (Oslo). Recently in cooperation with Alban Ponse he developed the notion of an active proposition, which leads to further work on so-called proposition algebra.

Jan Bergstra is married to Ineke Loots, they have 4 children (Maaike, Janneke, Machteld and Aldert) and live in Utrecht. He is a member of PUG (Provinciaal Utrechts Genootschap) and of the AE (Academia Europaea, section informatics).